DAY FIVE – The prophet Jonah, after his remarkable success at converting Nineveh, spent two days outside the city thinking things over under a tree.

On the first day he stayed cool in his hut and under the shade of the tree, which apparently popped up in a jiffy. He seemed happy. But the next day, a worm ate the leaves, the day was hot, and Jonah turned bitter.

“I’m better off dead!” he was heard to yell skyward.

Apparently, the story ends abruptly with Nineveh filled with people “and many animals.”

One of Nineveh’s many animals, by the King’s throne.

But the Journal got an exclusive interview with Jonah after his meditation under the tree. He seems to have learned a lot from his experience. So we asked him some Questions about the Meaning of Life. Here is a transcript of the interview.

Question: Is life good or is life bad?

Q: Is it better to live in a big city or to wander in the desert by yourself?

Jonah: Oh my goodness. As difficult as it is sometimes getting along with people, it’s better to be among God’s children.

Jonah: Or Roanoke. . .or Lexington.

Q: What is a prophet? 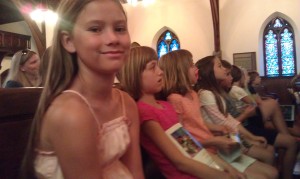 Jonah: Oh. A prophet is a person that appears wise and has a message to deliver. But I’ll tell you the secret. A prophet is merely a spokesperson for God, Who sends the message. And the prophet wanders around and says good things and appears to be a wonderful person, but it’s really You Know Who [pointing upward] talking. 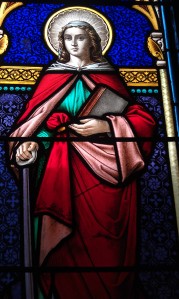 A New Day Dawns in Nineveh

DAY FOUR – It was as if somebody had pulled the plug on Nineveh’s nasty party.

Everything went quiet. No meanness. No cussing. No bullies coming down the street.

And there on Babel Avenue, a ragged figure sat in the dirt wearing burlap.

Reporter on the scene in Nineveh. King in lower right, in sackcloth, ashes and humility.

“I was scared,” the figure said. “I didn’t want my kingdom to be smashed.”

My kingdom? Yes, this was the King of Nineveh, bearing a striking resemblance to the young lady Taylor Fitzgerald. The King and all the people of Nineveh had listened to the words of the prophet Jonah when he told them of God’s displeasure with their bad manners and bad morals.

They all – “a lot of them,” was the King’s estimate of Nineveh’s population – adopted a brand new attitude. They humbled themselves, begged for forgiveness, and resolved to honor God and each other.

Jonah look a little tired. “I don’t know what’s next,” he said.

The narrator of this story, bearing a striking resemblance to the Rev. Tom Crittenden,

said Nineveh was so big it took three days to walk across it – which would seem about right at the pace Jonah was walking. Getting there by horse would have taken at least three days as well.

At the story’s conclusion on Friday June 27, at 5 p.m., the youth of the Vacation Bible School will perform a musical rendition of these amazing events. The public is invited to come to “Oh, Jonah” in the sanctuary of R.E. Lee Memorial Episcopal Church. It’s free.

King on the street being interviewed.

DAY THREE – A seaweed-draped Jonah was seen staggering ashore yesterday, lifting his arms toward the sky. He appeared to be in good health.

Jonah looks heavenward after three days inside a whale.

In a recorded interview, he told the Journal that the whale spit him out and he swam to shore. A host of young onlookers suggested he might consider taking a camel or horse to Nineveh, since Nineveh is apparently where he means to go now. 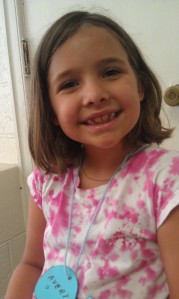 Avery Hess: “I think he was pretty brave to actually not panic too much in the whale. . . I bet he was really relieved to get out of the whale.”

One of the witnesses, Avery Hess, offered her own observations about this dramatic turn in this news story. 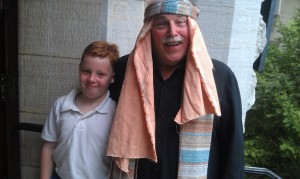 Trey Lewis and his granddaddy Buster.

DAY TWO – Scared to death by a sudden storm at sea, the crew of a ship bound for Tarshish heaved  minor prophet Jonah overboard yesterday, according to crew members who asked not to be identified.

This was followed by two extraordinary events:

Our fearless reporter and photographer tracked down the whale for an interview with the enclosed prophet.

“When I told them I caused all this trouble,” Jonah said from deep inside his captivity, “they threw me into the water.” Jonah had been napping below deck during most of the storm.

He described his new circumstances as “dark and scary and lonely.”

Before heaving Jonah into the sea, the crew tried to lighten the ship by tossing non-human materials. That didn’t work. Then they drew straws to see who would get the short one, expecting that would tell them who was causing the storm.

Jonah drew the short end. He was hoping to escape God’s demand that he go to Nineveh to cry out against the meanness there. But his attempt to flee “didn’t work,” he said.

Group A with their drawings of Jonah in the whale.

Reflecting on these latest developments, youth at our Vacation Bible School have experienced being inside a whale – by walking through the dark passage and hearing the underwater sound-effects on the bridge between the church and Parish House. They have been given strips of paper to see who got the short one, like Jonah. And they have told about their own exciting journeys.

Avery, for example, went to China last year, when she was six, and walked on the Great Wall. Noah went to a Magic Mountain water park in Canada.

Meanwhile, back to our running news story, Jonah was scared but he seemed resigned to doing his job as a prophet. He said he thinks God sent the whale to swallow him. “God’s very powerful,” he said.

DAY ONE – Local minor prophet Jonah ben Amittai got a command from God yesterday, according to numerous witnesses. 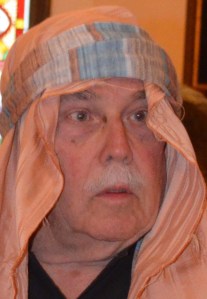 Jonah, in an exclusive interview with the Journal, acknowledged that an angel spoke to him. He said the angel told him to go east to the city of Nineveh and cry out against the residents there for not being very nice. He apparently didn’t like the sound of that.

Nineveh is some 800 miles outside our circulation area here in Judah. It is not known whether the citizens there have heard of the God who created the heavens and earth and seas and gave us the Law. It is believed that they entertain many smaller godlets and demi-gods there.

Jonah, who declined to give his age, said he didn’t understand why he should be attracted to Nineveh. Instead, he was boarding a ship in Joppa that was bound for Tarshish, far to the western edge of the Great Sea.

“I hope it’ll be a sunny, pleasant trip, like a cruise in the Caribbean,” he said. “I’ll preach to them.”

He said he expected to preach good news where he was going.

Students and staff of the R.E. Lee Memorial Church Vacation Bible School, 58 individuals in all, witnessed the conversation between the angel and Jonah. 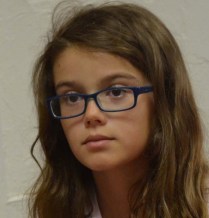 Or maybe he just didn’t want to travel that far, suggested Gabi E., adding that it’s sometimes awkward to talk to people about religious beliefs that are different from yours.

The weather forecast calls for sunny pleasant sailing, so Jonah may have made the right choice. Check this space tomorrow. We’ll be following his journey. 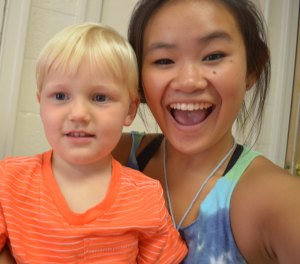 Foster P. and photographer Lyndia Orr, in a selfie