“Atlanta in search of its children”

I was working for the Providence Journal-Bulletin, stuck in a little bureau in Johnston, R.I., when I typed out a two-page proposal for why a maniacal editor named Joel Rawson should send me to Atlanta to do a story on the missing and murdered children. It was early 1981, and national newspapers, magazines and television networks were all covering what was emerging as a pattern of serial kidnappings and murders. Poor black children, mostly boys, seemed to be the victims, once police recognized a pattern. Atlanta was my hometown. It was also the hometown of a terrific staff photographer on the paper named Rachel Ritchie. I proposed that Joel send us down for a week. He did.

I finally was able to introduce myself to one of the mothers of the missing children. She had become enough of a celebrity to have a black club in Cambridge, Mass., pay for her round trip to a disco marathon to raise money for the search for the killer. But other than that pending trip, she was still mired in poverty and grief. In fact, her welfare check was reduced from $221 to $193 a month. One less mouth to feed. That’s the only note she got from her caseworker, instead of a sympathy card. 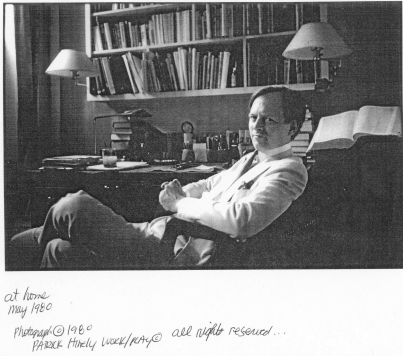 Looking back, I see Tom Wolfe’s influence all over this story. Instead of the beginning being a tight little anecdotal lead, it’s a cinemagraphic setup, much longer than usual for a newspaper story. I start with a bumpy verité lens on Mrs. Catherine Leach taking a MARTA bus from her raggedy home, Building 947, Apartment 497 in Bowen Homes to downtown for sales at Zayre’s or Sunshine department stores, or her hopeless search for menial work at the big hotels. My literary camera pans back to show Atlanta as a city for conventioneers, with a sugar-coat of Southern spring in the air.

This past week the city was alive with spring. Dogwoods and cherry trees bloom like puffs of musketry in the wooded neighborhoods. There is a softness in the air. The weather is perfect for the searches that go on every Saturday now, like the ones for Mrs. Leach’s son.

Wolfe taught us, by the mere gossamer influence of his marvelous pieces, to set scenes and have dialog, even if it’s just remembered and we come to the over-heated foul-smelling site later.

The screen door slammed as she reached the edge of her tenement.

At that moment she heard a distant voice say, “Momma, help.” She whirled and headed back to see which one of the boys was complaining.

Opening the door, she yelled, “What do y’all want. I’m trying to find your brother.”

One of them answered, with words that froze Mrs. Leach’s insides, “Momma, we ain’t call you.”

Dear Jesus. It was a premonition she had heard. Her ears “were blazing like a ton of fire,” she recalled. It was then that she knew, even though she spent the next hour checking McDonald’s, Burger King, Kentucky Fried Chicken, Thriftown, everywhere.

I also see now the influence of Wolfe’s eye for radical chic and Mau-Mauing, the leveraging of white guilt and liberal status-preening  — although the Atlanta version was not like New York’s. I was struck by the sad comedy of a black elite that had lost touch with the vision of Martin Luther King and with Atlanta’s underclass. And I was captivated by Wolfe’s amusement with media mayhem.

At a press conference where I lurked behind TV crews who had no idea why they were there, a California woman in white cowboy boots and a velvet jacket took the stage to explain why “Another Mother for Peace” had come to help. She was on the verge of tears.

“I’ve been so emotional since I’ve been here,” she said apologetically. “I don’t know. Maybe it’s menopause.”

As for the missing and murdered children: “If everybody would just keep silent and just let the police think clearly,” Mrs. Avedon offered.

“James Baldwin,” Mrs. Avedon called gleefully from her chair. “I saw you across a crowded room in a restaurant in the south of France and I said out loud, ‘That’s James Baldwin.’”

Baldwin smiled at her.

The writer of “The Fire Next Time” said he didn’t have anything specific to offer regarding the missing and murdered children. He had come to cover the event for Playboy. Still, he stood at the podium. “It has,” he said, “something to do with the end of the dream of white supremacy.”

It only took a little patience to hang out with Mrs. Leach enough to feel more a part of her life than with the mad carnival that had formed around the idea of sympathy for the missing and murdered children. No one had thought to arrange to get her to the airport for the disco fundraising trip, so Rachel and I took her to meet someone at the airport. I couldn’t believe how lucky I was to be with her at the airport. It was like Tom Wolfe had written the scene. This was obviously the end of my story.

When she walked into Atlanta’s Hartfield International Airport, the long space lined with ticket counters and baggage check-in scales spread before her. She shook her head. “Hoo-wee. This floor must take about two days to mop.”

Mrs. Leach was scared – she’d never been on an airplane before – so she had loaded herself up with tranquilizers. Through a mix-up, she and a volunteer traveling companion could not get on the 3:20 p.m. flight as planned and had to wait for a 5 p.m. flight.

Sitting on a chrome and leather bench, leaning against a Plexiglas wall, Mrs. Leach folder her arms and fell asleep. Her breathing was deep and steady.

Businessmen and mothers with baby carriages and security guards and stewardesses – some wearing the symbolic green ribbons – passed by. A black man with a familiar boyish face swept by in a tailored suit, his ticket in hand. It was Julian Bond, the former Georgia state senator who made his name as a draft resister and a symbolic nominee for vice president in 1968.

No one passing by glanced at the tired black woman sitting on the bench with her head nodding downward.

The story ran on the front page of the Sunday paper, March 29, 1981, under the headline, “Atlanta in search of its children: A tragedy, feeding on itself, becomes a media event and tragicome.”