The research papers came in on the All-Academic website. I sent them out to reviewers. Then by May 1, the reviews came in, and we’re off to the races.

What an amazing system! And what a privilege for me.

I get to see the work of my fellow media history scholars, papers with strata of endnotes labored out of solitary time in Presidential libraries or oral-history interviews or after-hours in your campus offices. Then I get to see the Likert scores and thoughtful comments of all those volunteer reviewers.

At the upcoming conference in Chicago and in the next Clio, I’ll give the final statistics on papers submitted and accepted. As the song says, “Won’t you please come to Chicago for the help that we can bring.” (We can change the world?)

For now, I’d like to reflect a bit on what this system of paper-submission and blind review means today, especially when we’re doing history.

These are strange times. As a New Year cartoon in my local newspaper had it, pigs representing 2016 were flying with these labels: Bob Dylan wins the Nobel for Literature, Chicago Cubs win the World Series, and Trump is elected President.  The psychic atmosphere is captured well in the title of a new book by “On the Media” co-host Brooke Gladstone, “The Trouble with Reality: A Rumination on Moral Panic in Our Time.”

In the early days of the Internet, there was a hopeful anticipation of vast quantities of digitized “information” and democratized technology. But this has been darkened considerably by doubts and downsides. Such doubts were always hanging around. (I was taken by critiques of technology from Lewis Mumford and Jacques Ellul way back in my post-adolescent Romantic Age.)

President Clinton in his 1996 nomination speech talked about “Building a Bridge to the 21st Century,” and while this covered a standard policy menu, the idea became associated with Vice President Gore’s call for an Internet Superhighway. Neil Postman, the wise media ecologist at New York University at the time, responded with a 1999 book he titled “Building a Bridge to the 18th Century: How the Past Can Improve Our Future.” 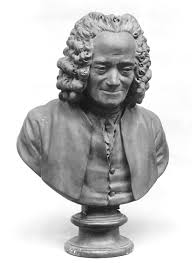 Postman, who died in 2003, noted a curious fact: the Age of Enlightenment had no use for the word “information.” He found it missing from the indexes of every single book he had read on 18th century thought, nearly 100 works in all. (Google Books Ngram Viewer finds the frequency of the word “information” rising like a steep mountain since 1940, especially since the ‘60s, becoming three or four times more common in 2000 than “knowledge” or “reality,” which had enjoyed stable use in print since 1800.)

Postman’s explanation is that the Age of Reason understood that isolated facts – mere “information” – had absolutely no value unless contributing to something larger. That something larger was “knowledge,” the obsession of philosophes like Voltaire with his “History of the World,” or polymaths like Samuel Johnson with his “Dictionary.” What we call critical thinking they valued as skepticism, but such lucidity always had a higher purpose, and in America, it had the pragmatic result of our founding documents. Postman argues that mere information, no matter how vast and speedy, needs context and ultimately, a sustaining narrative.

We don’t study history to learn from the mistakes of the past. History isn’t a bunch of lessons for our benefit, never mind Santayana’s oft- repeated quote. (My version: Those who remember that quote are condemned to repeat it — endlessly.) I have come to believe that the best use of history is to know where we/I stand in the narrative – really, how we/I fit into any number of shared narratives. Whether regional, media, gender, national, or global history, Postman says we need narratives that we can believe in and that are of good use. If the story has religious overtones, so be it. “The purpose of a narrative is to give meaning to the world, not to describe it scientifically.”[1]

Santayana’s quote needs context as well. What he wrote in “The Life of Reason,” before condemning those who cannot remember history, is that progress is built on what is retained from the past, like a scene in a good story. “When change is absolute,” he wrote, “there remains no being to improve and no direction is set for possible improvement: and when experience is not retained, as among savages, infancy is perpetual.”

I have just spent some of a sabbatical-semester reading about the 18th century Enlightenment. This Eurocentric outburst seems to be a good source of the narrative we need today. It is our source for checks and balances (from Montesquieu’s analogy with the solar system in “The Spirit of the Law”), free trade (Adam Smith’s “Wealth of Nations”), a free press, evidence-based science, representative democracy and all that.

Our division’s accepted papers explore “new knowledge” ranging from an analysis of how “fake news” fits into the history of hoaxes to an argument that a co-founder of Freedom’s Journal embraced the controversial crusade against the American Colonization Society. The quiet pursuit of seemingly obscure or theoretical corners of media history reminds me of the camera shots at the beginning of Pare Lorenz’s documentary The River, raindrops and creek heads delicately building into the tributaries that will become the Mississippi.

It may be a stretch in this post-modern time, but I like to think of these research papers and their blind reviews in the context of the Enlightenment narrative, a vast project of skepticism and enlarged understanding. It joins us to what was said about the great French historian Marc Bloch, who was executed by the Nazis in an open field in France near the end of World War II: “He was capable of infinite attention to detail, but he never forgot that the details had meaning only in the larger framework of the history of human society.”[2]